How Quick-Time Events Can Ruin Your Weekend 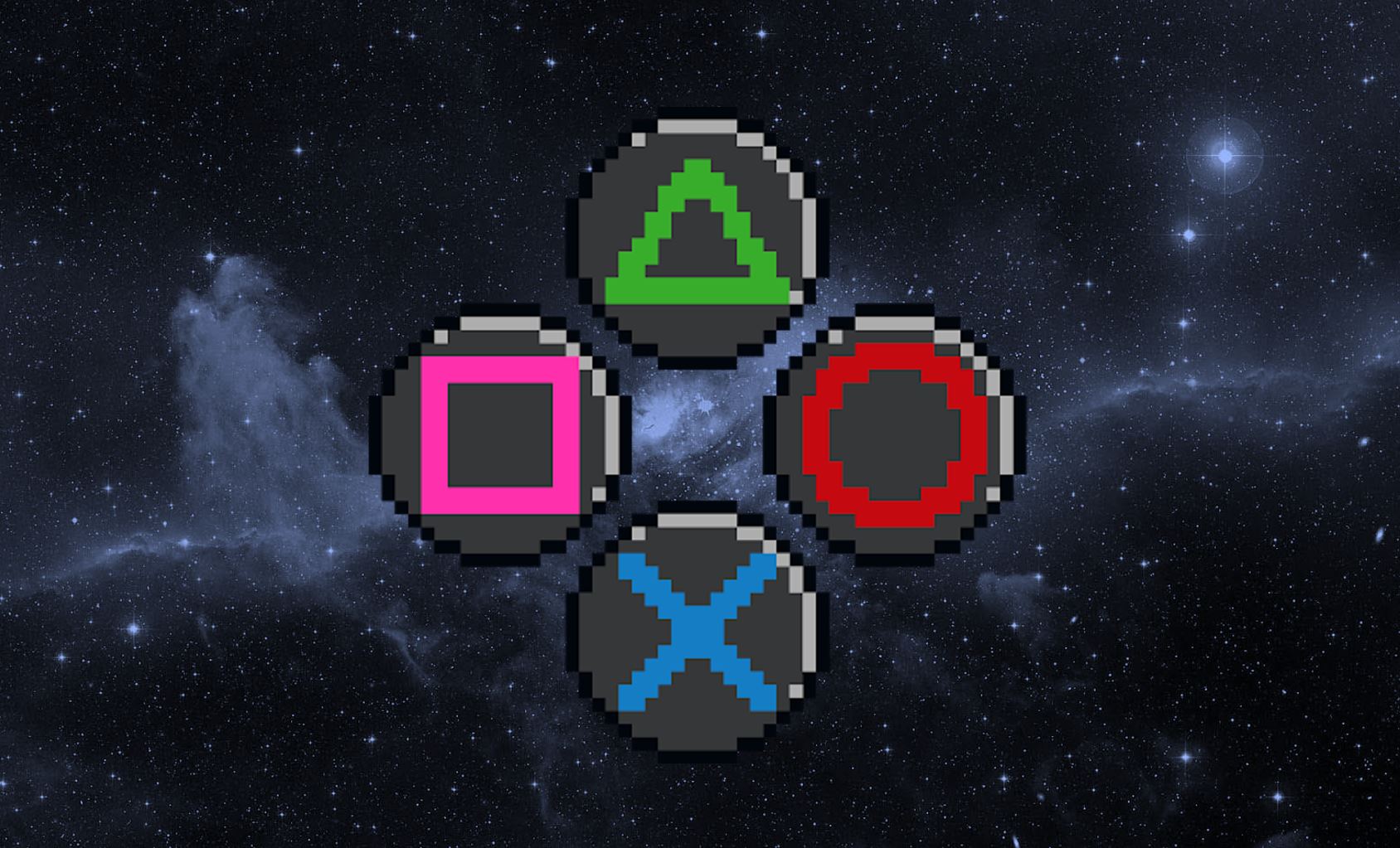 The Impact of Player Choice on Games and Their Life Lessons

Owner of Area of Effect Counseling & Dr. Gameology on Twitch

We can’t all be video game characters. Actually, none of us are. We simply clear some time in our schedule, sit at our gaming spot of choice (mine happens to be the very chair I am typing in at this moment), and we decide to enter a new world and actually solve a new problem for the reality we have just joined. It doesn’t matter if we have solved this problem thousands of times before from our previous play sessions, or this could very well be the first-time stepping foot into this new-to-us virtual room. The game gives us a problem to solve, and most of the time we are all there for it.

There are countless games I remember playing in my life with a purpose to them. Still, few of them register in my mind when I am asked to list the games that made a difference in the adult that I became. It was only until recently I began to notice the importance of quick-time events in the games that feel this way to me. When games enter the moral space, our decision making tends to be the spot where my mind starts to race with philosophical wonder. Whether it may be a simple choice such as saving or harvesting a Little Sister in the city of Rapture from Bioshock, or maybe deciding to execute another person struggling to make their way through the scene in games like Heavy Rain or Erica, the implications of being in a different life can be experienced deeply when games form compelling scenes rife with internal conflict for our characters.

Still, when we leave these games and enter our ordinary world there is still so much to think about. “What would the story be like if I chose the other way?” or “What have I done?” if we are questioning ourselves a la Anakin Skywalker in one of the most pivotal moments of Revenge of the Sith (2005). In his book Storyplaying: Agency and Narration in Video Games (2013), Sebastian Domsch outlines many of the processes involved in player decision making from the gameplay and storytelling perspectives we all experience. While we may be sitting shellshocked at the implications of a choice (or maybe just wildly amused if we aren’t taking all our games this seriously), Domsch outlines everything from the anatomy of the singular decision to the ranging effects of that choice on the narrative throughout the rest of our play. In short, the game developers know all the ins and outs of why this happened to us. What we are feeling from our choices happened deliberately, by design.

The Anatomy of Player Choice

One of my favorite additions to the MMORPG entitled Star Wars: The Old Republic (2011) was the adding of the Force-based system for balance and domination to the greater galaxy. This update came around 5 years after the initial launch of the game, but it added a societal element of choices mattering to that larger “galaxy far far away.”

Games from Bioware and similarly minded studios do tend to carry with them a “Choices Matter” element. Sometimes this represents a welcome assurance that there is purpose behind our decision to play in our present moment. Other times, it sends our mind sprawling through all of the opportunity of what could have been. The reason for this comes in the Anatomy of Player Choice and an assemblage of other insights game developers craft our play experience through.  Any time we make a choice, the components of the choice could be isolated to further answer the question of how we got to that point, and then allow us to see more clearly where we are going. Player choice can most easily be broken down into the following component parts:

Not every in-game decision has to have the appearance of carrying a consequence either. Many quick-time events are of the more cinematic variety. They allow our heroes to claim victory in a more memorable way than the same combos that lowered the health bar of the boss opponent. The God of War series from Sony’s Santa Monica Studio has perfected the art of having the story protagonist Kratos finish off the “big-bads” of his world with a vicious flair that makes those fights far more memorable simply by using timed button presses as the prompt lights across the screen. The result is usually a blood bath where Kratos stands victorious over a god of some ancient variety while we move on to the next corrupt deity until the gamers completion.

A choice like this cannot really ruin your weekend because you do not have the option of not ending your opponent’s attempt to best you on the battlefield. Games become much more complex when you are granted the enhanced autonomy to choose beyond simply ending a battle in a scripted fashion. When I teach my students about choice theory, I often include a slide which documents all the winding pathways present in the game Detroit: Become Human (2018). This game is not only a wonderful intellectual playground for discussion of issues of multiculturalism, but it also hits home the idea of what our choices actually are when viewed from a lens of importance. The chart below shows the complexity programmed into the game about a society wrestling with the amount of humanity the androids they have built now contain. The situation is you play an android officer arriving at a house where another android helper has decided to kill it’s hosts and take a young child hostage on the roof. Your job is to save her from possible demise at the hand of her family’s android.

From a philosophical perspective, this is what I would want every game to be. In life, we all have the same amount of time as everyone else. Sometimes our goals are more obvious, others more subtle. The difference between how content we are to do it again tomorrow versus the potential for experiencing various emotional maladies is how we make choices during that time and the meaning we take away from those experiences. Games such as Detroit: Become Human help us to tinker with the science behind this proposal. The “end boxes” on that chart as I will call them are not all good endings. Some are bad for you, and others bad for those around you.  I would like to point out that life frequently has days we all experience where the ending doesn’t feel like the ideal. Detroit gives us a chance to work on how easily we work with that truth. The game continues no matter how rescued that hostage becomes by the end of the conversation. It continues whether you die or succeed, just as life would in such an unfortunate event many of us do not see coming.

All in all, I am incredibly happy with my first foray onto that roof. I talked the android into hesitating, the snipers across the street got him, and I caught the human child before she fell. This is one of the good endings, so I can move forward in my life feeling like I navigated that game event successfully. Sometimes though, we do not experience this in our games, and this can even “ruin our weekend.”

During the Quick-Time episode of The Gaming Persona (2021), I was able to share the painful experience of playing a Quick-Time game gone wrong. To summarize, we played a choose-your-path suspense game entitled Erica (2019) as a family plus my podcast co-host Jenny. We played the movie for a few hours, and in the final scene the person holding the controller hesitated and the entire playthrough resulted in the “bad ending.” That is what I will refer to as ‘my playthrough’ for that game. Our weekend and several conversations afterwards all revolved around how “devastated” we were by the feeling that all our focus had been for nothing. We failed to succeed, and our character we so carefully guided through countless dangers did not get to experience the end she deserved. That is our story though, and that is what we get to move forward with. The first chance to experience a story is the one closest to how we live life. We don’t get a chance to play this day over, but we can choose differently in a similar spot tomorrow. That is the lesson games of this kind can teach you, me, my clients and students, friends and family, and anyone who I get the fortune to cross paths with.

When we make decisions, those who subscribe to Choice Theory would likely explain our drives in each attempt as a desire to solidify one or more of the following areas in life; Love & Belonging, Power, Fun, Survival, or Freedom. The Five Basic Needs (Glasser, 1999) drive us towards an ideal which, if achieved, would give us all a high degree of satisfaction in our day. For me, the feeling I had when this one quick event ended was a lack of power, freedom, and a resulting loss of fun. This goes into other parts of my motivations for life (and by extension, games). Still, with games we can try again, and in life when we try again the timeline has moved forward.

The point is that games can impact us on levels we do not always remain aware of.  They teach us about life if we let them. They help us to grow if we choose that path. In games with quick-time events, they help us experience what we become when placed in the direst of human circumstances possible. The tagline I use every week where I ask audiences to walk with me to explore “who we become when we play games” feels valid because when games put us in a controlled environment and just asks us “what will you do when …?” that makes my connection with the world multiply. Whether I know exactly what will happen because I have been there before or am wide-eyed with curiosity wondering what I just got myself into, that is the journey I am excited to complete. We can get there with leveling systems, gearing options, twitch-reflexes on our shots, and many other way. We can also get there with our choices.

Next time we play a game with choice I hope we can move towards a paradigm shift to make the wonder of this experience really matter. What choices can games give you that will help you with life? But also remember to ask yourself, what choices in life can I start to make better now that I see what I experience in games that much more clearly?

And as always, Continue The Journey! 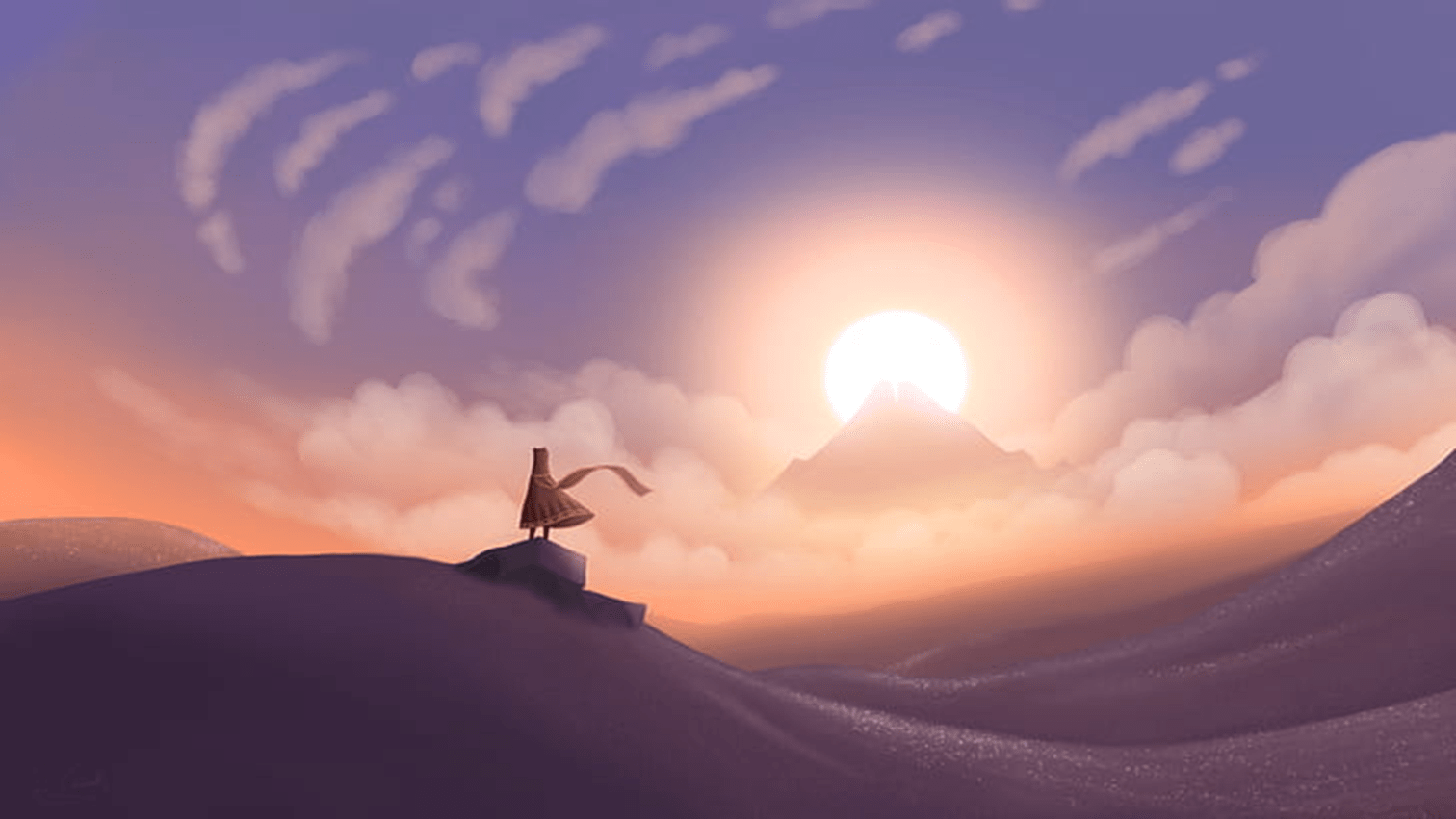 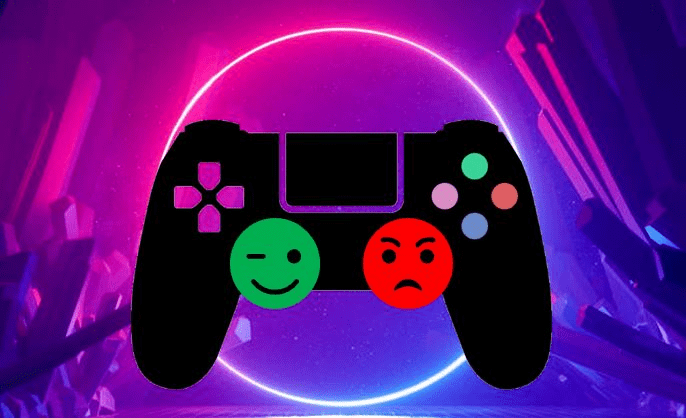 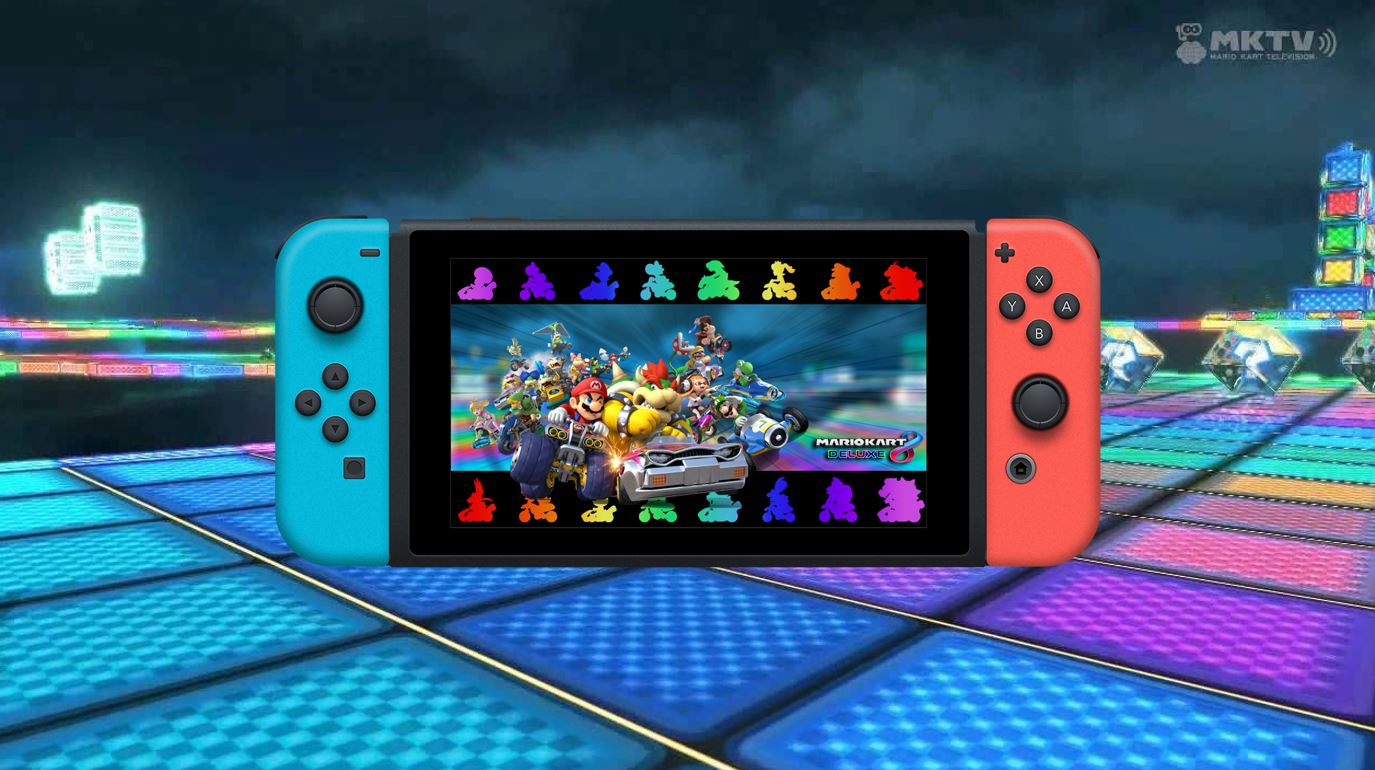 How Quick-Time Events Can Ruin Your Weekend
Read more 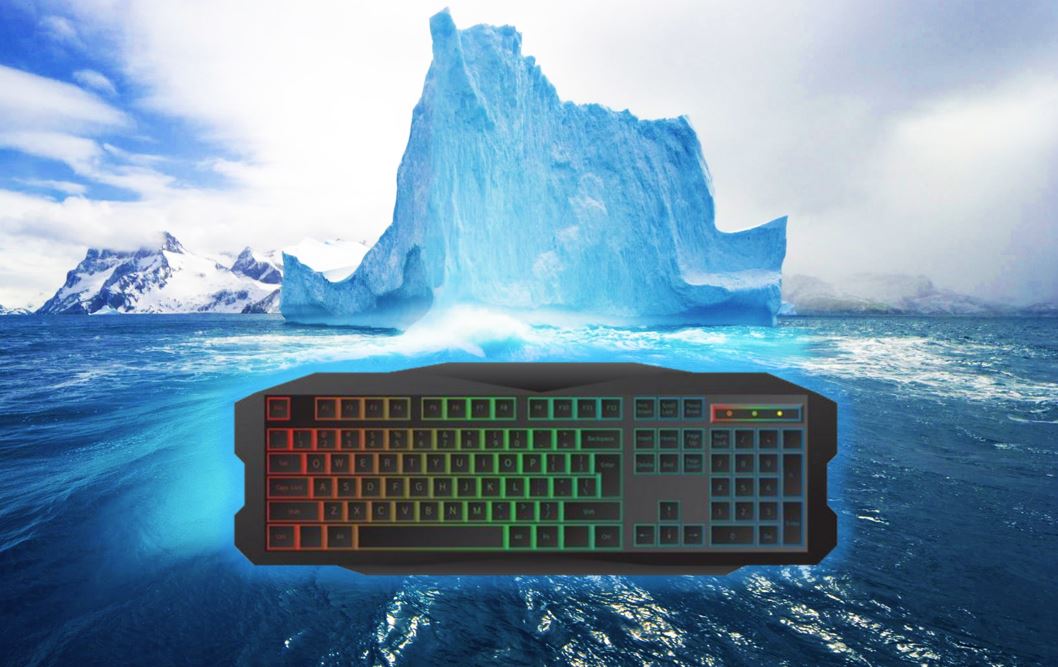 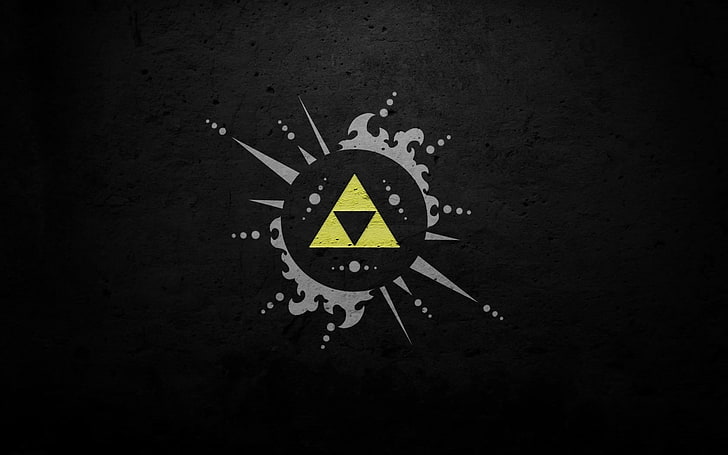 You don’t have to go through your life struggles alone. Reach out today.